Friday5 for February 28: Together Alone. Questions courtesy of Scrivener. Thank you!

1. What’s something you can’t do alone?

Crucify yourself. There's no way you can pound in the last nail.

2. What’s something you can’t do if people around you are making noise?

Pray the rosary. Seems like it should be easy enough. 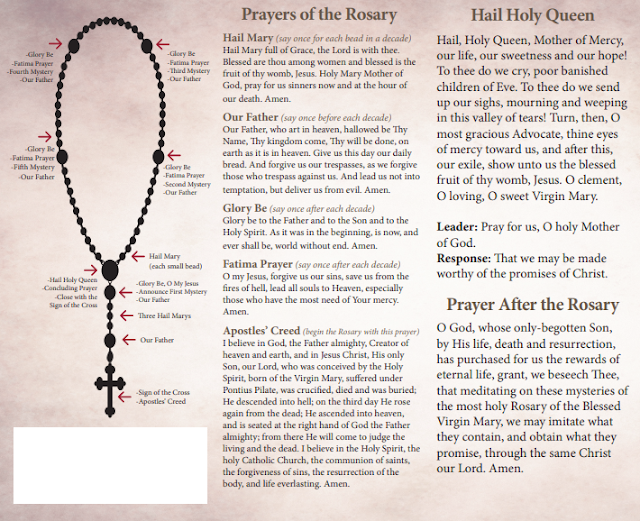 And it is, in theory, I mean they're all prayers we've been saying since early childhood. The trick is not to race through and recite. The idea is to make every prayer count.

There was a movement many years ago, J D Salinger touches on it in Franny And Zooey, where if you pray enough (Franny is having a nervous breakdown with The Jesus Prayer), the prayer becomes such a part of your being that every heartbeat, every breath you take becomes a prayer. Salinger was into Buddhism and compares The Jesus Prayer to a Zen koan.

I don't know, I seem like I'm trying to explain runner's high to someone who doesn't run or something.

The point is that we are not saying The Jesus Prayer or a Zen koan. Light a candle, kneel down, close your eyes...

3. What’s something you can’t do in complete silence?

I have a chronic sleeping problem since birth but I am a city girl and Girl Scout camping trips "up north" left me sleepless. I wasn't the only one. It turns out the lullaby of the city isn't loud exhaust or sirens or even a locomotive or a jet. It is the sound of tires on pavement.

There was a really bad car crash a couple of summers ago. I remember hearing the sound of the car's tires and thinking, "They're driving too fast," and then that percussive crash noise that rattled the windows. I ran through my backyard, jumped the fence and cut through the apartment houses but it was too late. No pulse.

The guy who caused the accident is currently doing a ten-to-fifteen in the slammer. Should have been life. That was murder.

Point being that school had let out so there were children walking by my house and the all usual sounds but the different pitch of tires at high speed carried it over the regular traffic noises.

4. What’s something you can only do at home?

For years I wondered why I was never felt full during childhood, buying triple and quadruple hot lunches at school even if it was mock chicken legs which isn't as easy as it sounds being the only Asian or having to eat a few sandwiches before going on a date so I wouldn't be all ravenous in the restaurant. Then one day I found Yuka Kinoshita and suddenly everything make sense.

And no, I do not have my own YouTube channel.

5. What’s something you wish you didn’t need help with?

Tying my own obi but how often does that come up and making hollandaise.

So. As usual, my friend Spewgie to the rescue.