Friday5 for March 6: Forward.  Questions courtesy of Scrivener. Thank you!

1. Did you know Hawaii doesn’t do Daylight Savings Time? Have fun springing forward, you other Americans (minus Arizona, I think)!

Yes, I did. Probably to throw off Captain Cook's navigation, those crafty Hawaiians.. "Nahhh. This can't be the Sandwich Isles. There ain't a Subway in sight."

Did you know Wisconsin's motto is "Forward"? As in spring forward, fall back, the Daylight Savings and Standard Time mnemonic. 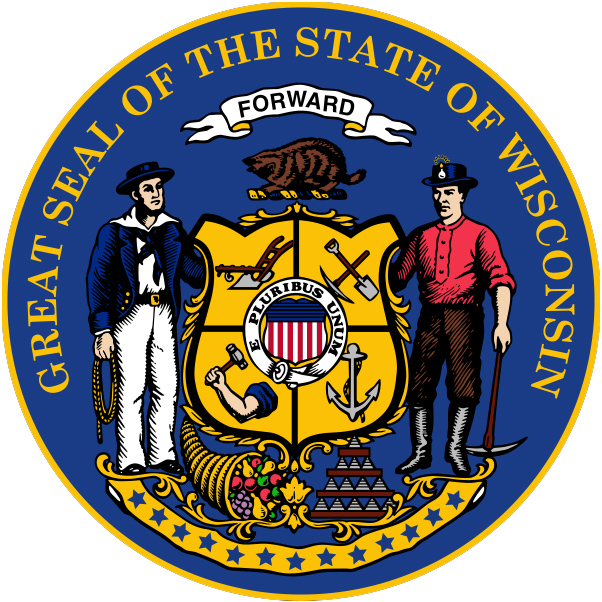 2. What is something you’re not looking forward to this weekend?

Making a trip to the bank for sues and twos. I'll be leaving for vacation soon and make a point of getting "silver dollars" and two dollar bills for tipping. Aboard ship, there are charges for alcohol, soda water, fancy coffees and smoothies. Tipping is not required — it's built into the price of the drink. So. When the waiter or waitress asks if you'd like to order a drink, you hand them your room key which is also your photo ID and "charge card". When they return with your martini, you sign a receipt. Cashless.

When my friend Spewgie and I were little girls, we sailed on an older ship (the SS Rotterdam V?) which had an aft swimming pool and a small pool on one of the uppermost decks instead of a pool amidships with a convertible roof. And the SS part (steam ship) makes sense because the deck was filthy with soot from the funnels ("smokestacks"). Steam ships either burn coal or a very low-grade type of diesel called bunker fuel that has a high sulfur content and is very dirty. Modern ships, such as the MS Rotterdam, have huge diesel engines which burn a cleaner diesel and generate electricity for the electric motors which turn the screws ("propellers"). The MS stands for "motor ship". Motor ships have funnels too but they're cosmetic. To hide the diesel exhaust pipes.

On the older ships the uppermost decks were only accessible by ladders with handrails so we pretty much had the small saltwater swimming pool and deck to ourselves. After a freshwater shower to rinse off the salt, we wiped our feet before putting on our pristine white sneakers and started towards the cabin to change for dinner.

On a lower deck, a glamorous woman, wearing a black bikini and a floppy black straw hat and sunglasses, had a stack of dollar coins on the table next to her steamer chair and was in the process of tipping the waiter for her gin and tonic. We'd been keeping her under surveillance. She was always dressed really cool and was always the center of attention at night in the casino and Crow's Nest.

So. When the cocktail waitress brings my afternoon gin and pink lemonade, I sign the receipt and hand her a couple of sues. Because now I am the woman in the black bikini. Teaching a new generation how to be glamorous.

But yeah, the actual bank transaction...

3. What lies ahead of the weekend?

You know, after all this time you'd think I'd have a checklist.

Picking up the laundry, getting an SD card for my tablet so I can load it up with SCANDAL and Stones and silent movies and a few books (I'm thinking A Thurber Carnival, J D Salinger Nine Stories, some kind of Mark Twain anthology and Charles Dickens' Pickwick Papers (my fave)), vetting my unread New Yorker magazines to take along for when I'm eating cheeseburgers by the swimming pool, ironing my handkerchiefs and scarves, ironing my boxer shorts (pajamas), sewing my new gold buttons on my blazer (and they charged me like forty bucks extra because it's double-breasted), remembering to pack a new Salux.

And somehow I managed to misplace my Parker Jotter stainless steel mechanical pencil. Thank goodness Office Max or is it Office Depot has them on sale for only six bucks.

This year I am bringing a universal programmable remote control and batteries, an extra long micro to HDMI cable and a forceps. The television is mounted to the wall. I'm thinking if I can reach the television inputs to plug in an HDMI cable and access the inputs with the remote I can watch stuff I've recorded on my tablet 'cause lugging around my laptop and a bunch of DVDs is a chore.

You know those crazy people who bring their own salad dressing to a restaurant? I bring Heinz 57 ketchup, bleu cheese dressing and Kewpie mayonnaise on vacation. To doctor my one o'clock in the morning room service club sandwich, french fries and Cobb salad.

And choco cake with crème Chantilly.

Yes. Holland America has ketchup and salad dressing and mayonnaise. But not the right kind and not the copious quantities I require.

4. What are you making progress on?

Speaking of glamorous... No more khaki military web belts to match my khaki shorts. No more white Onitsuka Tiger Colorado 85 or Adidas Country II. Well maybe just a little. My daytime sporty look will mainly be tan or cordovan huaraches and matching braided leather belts. That is when I'm not wearing a sundress. And we have two new additions: white pleated "milk and sugar" seersucker shorts and a pair of madras bermudas.

5. What were you most recently a little too early for?

This has been the mildest winter I can recall. If that doesn't frighten you, while I was looking up last Sunday's temperature for my answer, I read the Antarctic has been warmer than Wisconsin.

6. When did something fun unexpectedly spring up?

Working with a person I'd never worked with before. She's a first shifter so working third was a new experience for her. And somehow we were both under the impression that she and I are extremely serious people.

I honestly don't recall exactly when the conversation took a turn but somehow either she or I mentioned Leather Apron, the original Jack The Ripper suspect, and before you know it we were having a good old time discussing Ripperology. It turns out she heard through the grapevine that I was very strict and demanding which I suppose I am when dealing with second shifters who cannot replenish a tape dispenser or stapler or printer yet have Doritos Cool Ranch and Mountain Dew Code Red from the vending machines which are six feet away from the supply closet.

We agreed to complain about each other to our co-workers to keep our reputations as tough guys intact.