Questions courtesy of Scrivener at Friday5. Thank you!

1. Which summer Olympics event would you have the best chance of winning?

After perusing a list of Olympic events in which women are eligible to participate....

....I am going to say golfing and boxing for individual sports and field hockey which is basically lacrosse for a team sport.

The football listed is association football which is not gridiron football. 'Cause then I would quarterback.

I am very good at track and archery and tennis and canoeing and fencing but very good at high school or college or Girl Scout level doesn't even qualify for the Olympics.

With boxing I would be fighting in my own weight class. And I am a tough competitor at lacrosse. There was the memorable conversation when I got red carded in the final moments playing against Jean Nicolet High School.

Coach (Sister Winfreda): Good defense, 勝美!
勝美: Sister, if she hadn’t been running so fast I would have tripped her too.

You know the old saying. If the ref didn’t see it, it never happened.

And if she didn't want to get clunked in the head with my lacrosse stick she should have worn a helmet. It was just a love tap. How do we know she didn't hit her head on my stick? It takes two to tango.

I would like to meet the person who came up with the idea of playing a violent contact sport while wearing skirts. My guess is a sporting goods manufacturer because otherwise couldn't we have worn our basketball uniforms?

If I remember correctly, Nicolet's school mascot was Rollie. A roll of toilet paper. To honor them we TPed their school. Congrats! You're Number Two!

Revenge is best served with cold Charmin. Feel free to quote me on that.

2. Which winter Olympics event would you have the best chance of winning?

Luge. Years of sneaking out on snowy midnights to fly down the toboggan run at the park.

I feel my high school friends and I have a shot at the gold if we are permitted to substitute a Whirlpool refrigerator carton borrowed from an appliance store recycling dumpster for the luge and are three sheets to the wind. And can smoke cigarettes during the competition.

3. Which competitive reality TV program would you have the best chance of winning?

There was an earlier version of this program which was more athletic; however, I'm not finding it.

4. Which traditional TV game show would you have the best chance of winning?

5. The Pulitzer Prize is awarded for achievements in newspaper and online journalism, literature, and musical composition. The Newbery Medal is awarded to the author of the most distinguished contribution to American literature for children. What would a prize named after you be for?

The 勝美 Prize would be awarded for Excellence In Study Hall. The winner would receive an unframed color-by-number Pantera Metal Magic album cover. 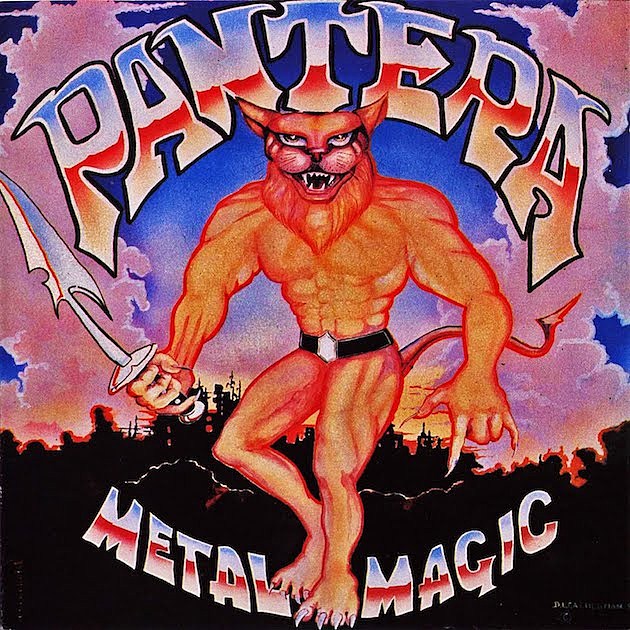 If we look closely at the lower right corner, the album cover is copyrighted by the artiste, D. Leatherman '83 (?), lending credence to my theory Pantera did his greatest work while goofing off in school. And I don't think drawing a copyright symbol on something is a legal protection.

And just learned Pantera is a band. Whatevs. Kind of surprised the album wasn't named Metal Majick.
at Friday, November 29, 2019